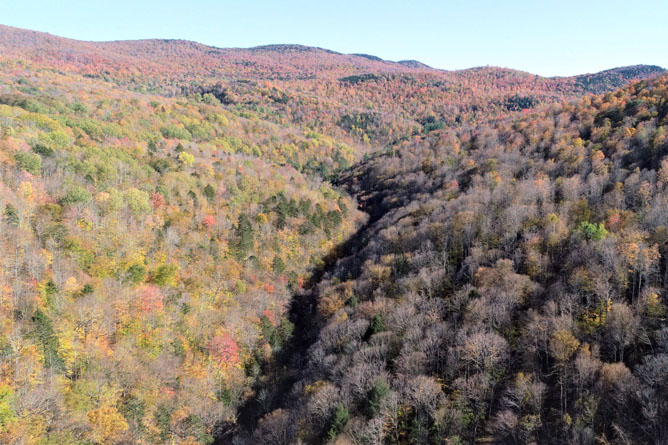 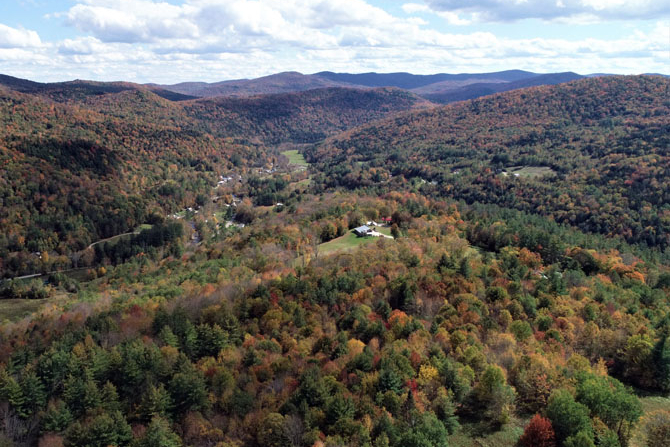 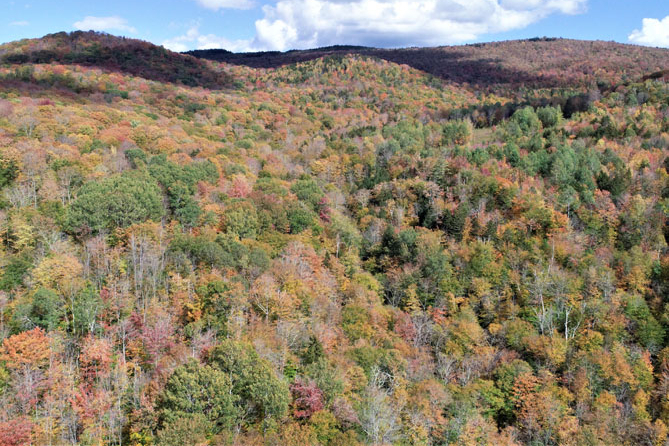 The Property And The Ridge Beyond 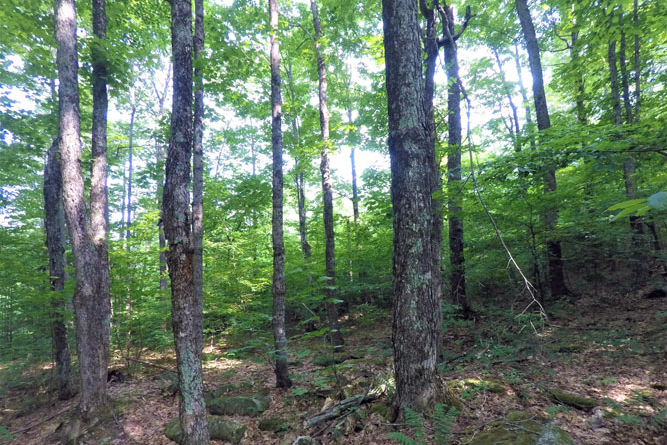 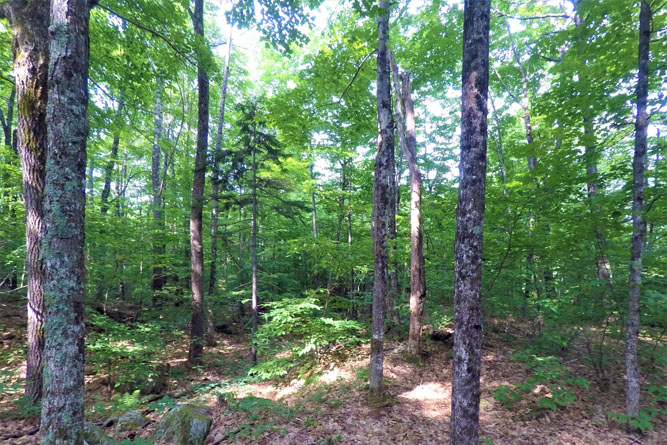 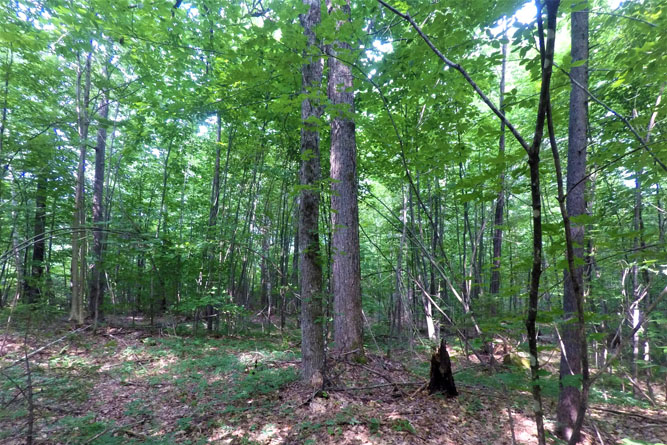 Typical Stand Of Saplings And Sawlogs 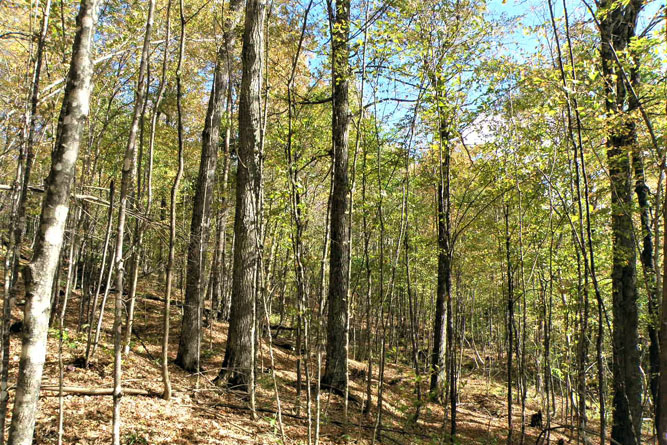 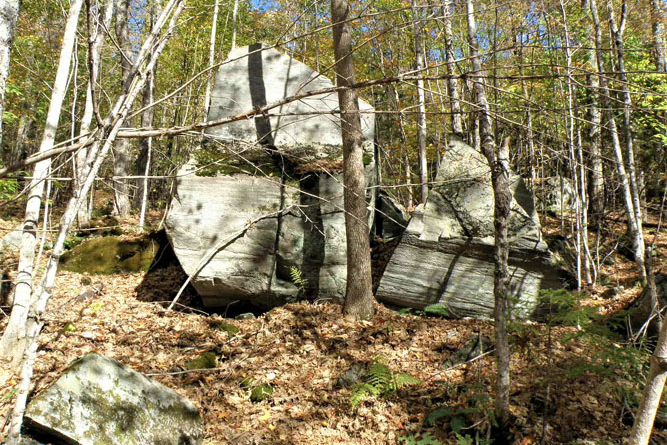 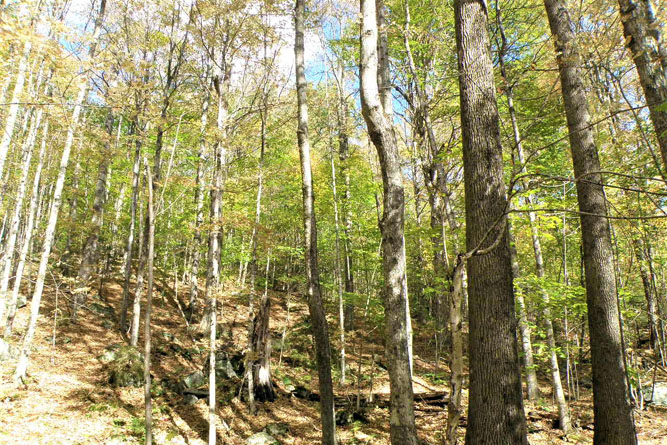 Ash And Saplings On Upper Slopes 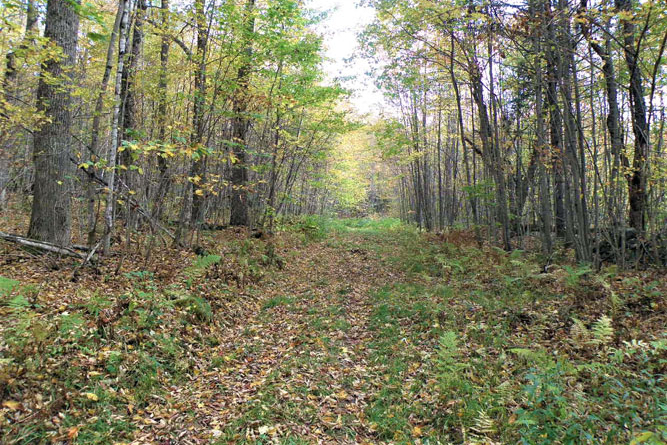 The Property And The Ridge Beyond

Typical Stand Of Saplings And Sawlogs

Ash And Saplings On Upper Slopes

The ownership, The Conservation Fund (TCF), is a non-profit conservation organization whose Mission Statement is “TCF, working with public, private and nonprofit partners, protects America’s legacy of land and water resources through land acquisition, sustainable community and economic development, and leadership training, emphasizing the integration of economic and environmental goals”. Their goal in divesting is to raise funds to further their forestland conservation work on new projects.

Bridgewater Hollow Forest is located in a mountainous region of central Vermont, which is, surprisingly, sparsely developed, given its close proximity to some of the state’s most popular destinations. Known as the Chateauguay-Notown Region, this scenic area has a rich working landscape heritage, as evidenced by the numerous stone walls and cellar holes that cover the hillsides. In the late 19th century, there was even a brief gold rush episode. Now the area is largely forested and hosts the Appalachian Trail.

The Chateauguay-Notown Region covers nearly 60,000 acres and is bounded by Routes 12 to the east, 4 to the south, 100 to the west, and 107 to the north. The property is located in the area’s south-central section. Because of its undeveloped  nature,  the region has been the focus of many conservation groups and individuals who have worked to protect its unique landscape. To date, over 30% of the area has been protected from development by various means (see location map for designation of protected lands in the region).  The region’s scenic and natural significance has also made it a coveted place for investment.

The township of Bridgewater, the home of Bridgewater Hollow Forest, largely falls within the Chateauguay-Notown Region.  The majority of Bridgewater’s population and residences are within the small village of Bridgewater along Route 4 (5 miles from the property).  Bridgewater was historically a woolen mill village; today, it is an artist and tourist community that is still populated by well-settled, year-round residents, as well as a new population of second home dwellers. Further west along Route 4, the hamlets of Bridgewater Corners and West Bridgewater each offer a general store for locals and the many travelers along this popular east-west corridor.  The village of Woodstock, a renowned all-season tourist destination, is 11 miles east of the property, while Killington Mountain Resort is 9 miles to the west.

Route 4 connects Bridgewater to major metropolitan areas via Interstate 91 to the east (Boston is 2.5 hours southeast) and Interstate 87 in New York to the west (New York City is 4.5 hours southwest).

Historically, the property has been accessed via a private road to the south that crosses lands owned by Robinson/Eldredge. This road begins at Gold Coast Road and runs ±1.9 miles to the property. The road is in good condition for ±1.5 miles and then becomes a winter road for the balance of the way to the property. Once on the land, an old town road runs along the western end of the land, terminating at a clearing and former log landing. A recreational trail then heads easterly across the property before leaving at the northern boundary.

The access road was last used to conduct forest management on the property in ±2012 and prior to that in ±2007.

In 2014, the property’s prior owner, and two of the area’s larger landowners (including Robinson and Meadowsend Timberlands), joined together to allow a recreational VAST (Vermont Association of Snow Travelers) trail to cross their lands. The attached property maps depict the location of this VAST trail.

The Beulah Robinson legal trail approaches the land from the west via Chateauguay Road, providing a recreational trail approach to the property with permission from Robinson.

Historically, the property was known as the Caswell Farm; most of the land was used for agricultural purposes starting in the early 1800s.

Most of the land is gently sloping with terrain becoming steeper in its northeast quadrant. Aspect is westerly and soils are largely well drained, with the exception of some sites in the west along the stream that bisects the land.

Elevation ranges from 1,600’ ASL (above sea level) in the west where the stream leaves the property to 2,260’ ASL at the eastern boundary where the land falls just short of a mountain ridge. The Appalachian Trail runs along this ridge just 0.9 miles to the north, providing easy access to this national treasure. The popular Lookout and an overnight cabin is along this trail nearby.

A species composition dominated by hardwoods prevails, with hardwoods at 83% and softwoods at 17% of total volume. Species composition for all products combined offers a favorable mix and is led by sugar maple at 49% of total volume, with other common associates making up the balance, including red spruce at 16%. The sawlog volume breakdown consists largely of species with historically strong demand, dominated by sugar maple and red spruce.

Overall, forest stocking is variable, with primarily ideally-stocked conditions in all areas. Natural regeneration has become fully established in areas where group clearcuts and thinning have previously occurred.

Average diameter for all products combined by volume is 13.5”, while the average sawlog diameter is 14”. Average diameters for the three major species are sugar maple 15.5”, white ash 16.5” and spruce/fir 10.5”. Financial maturity for most hardwood sawlog species is 18-24”; therefore, the maple is within 20-35 years of generating considerable income. The white ash is financially mature, representing near-term income.

During the 10-year option term, the owner shall maintain the land’s enrollment in the Use Value Appraisal program in good standing and not develop or subdivide the land unless mutually agreed upon with the option holder.

A copy of the Option Agreement is available upon request.