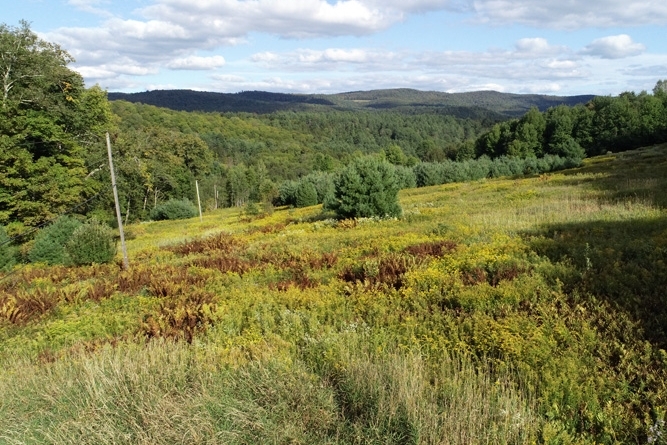 The Homesite In The Meadow On Route 66 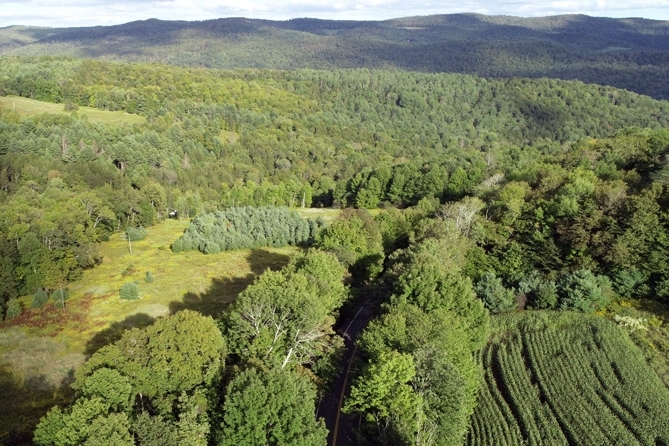 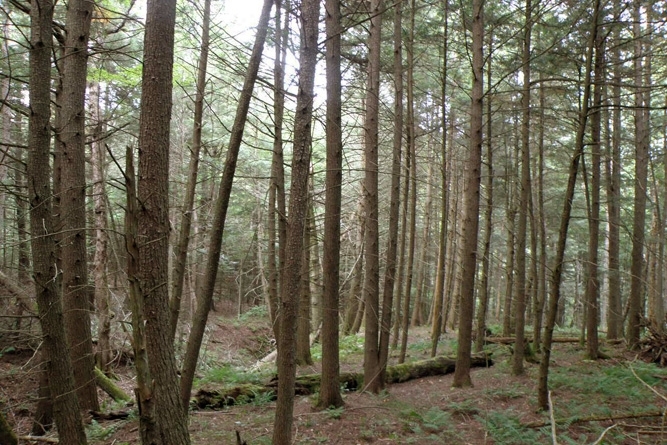 Dense Hemlock Comprises Much Of The Forest Cover 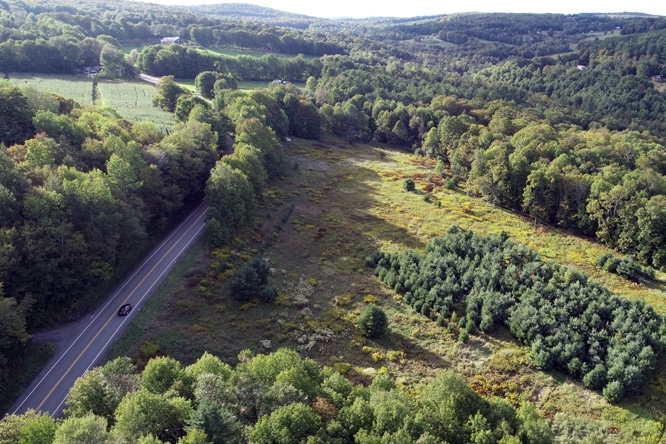 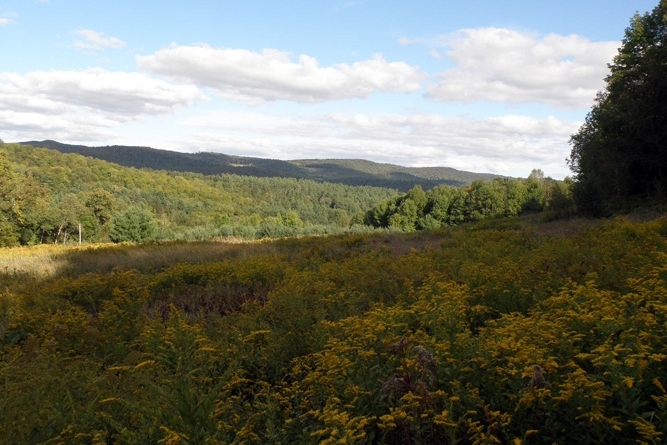 The Meadow At Eye Level With Scenic, Long-Range Views 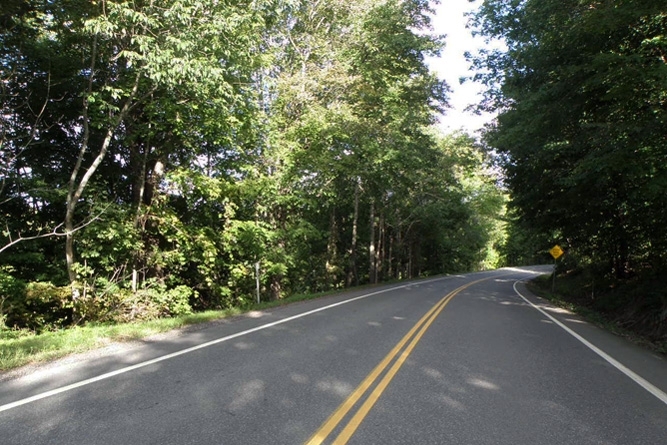 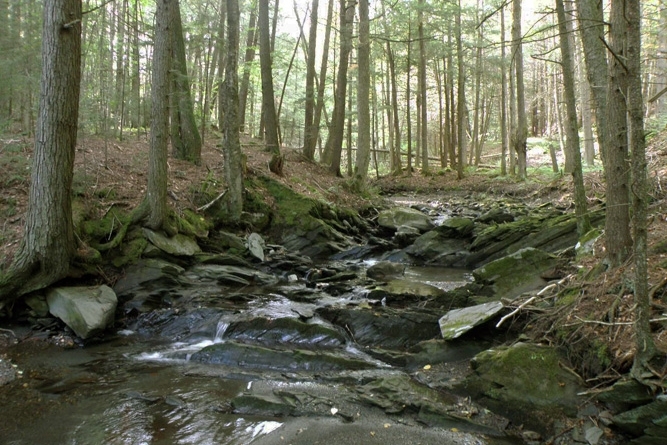 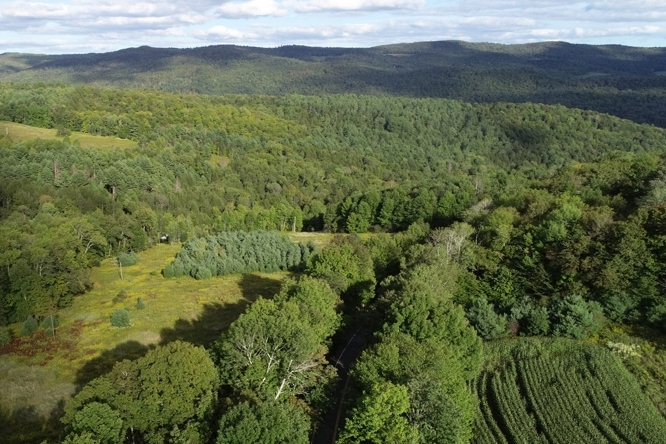 Looking East Over The Meadow 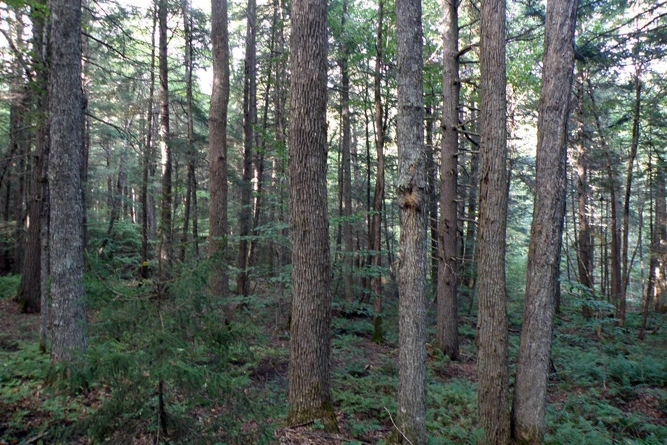 The Homesite In The Meadow On Route 66

Dense Hemlock Comprises Much Of The Forest Cover

The Meadow At Eye Level With Scenic, Long-Range Views

Looking East Over The Meadow

Blaisdell Brook Parcel features an attractive rural location, just a short drive to the interstate and nearby villages, and ideally suited to homesite development.  This easily accessible property also offers other site attributes, which include gentle terrain, an open meadow, a year-round brook, a mapped deer yard hosting a herd of 14 white-tailed deer, and dense forest cover with old trees.

The property rests on a hillside in Randolph, Vermont, in the central part of the state between the Green Mountains to the west and the Connecticut River Valley to the east. Randolph is a small town that lives large, anchored by Gifford Medical Center, the Chandler Center for the Arts and Vermont Technical College. The downtown has several shops and restaurants, and an Amtrak station. Outside of the town center, there is a golf course, as well as many farms and scattered residences.

Randolph is bisected by Interstate 89, which runs from north to south down the center of the town and is paralleled by Route 12 to the west and Route 14 to the east. Route 66 runs east-west through the town, connecting the town center with the eastern portion of town, where the property is located. The property is 6 miles from downtown and 3.1 miles from Exit 4 off I-89.

Randolph residents work locally or commute to jobs in Lebanon, New Hampshire (35 minutes to the east) or Montpelier, Vermont’s capital city (25 minutes to the north). Both of these cities and their environs offer a large array of services and amenities, and have rich cultural scenes. Burlington, Vermont, the state’s largest city, is an hour to the northwest. Killington ski resort is a 50-minute drive south.

The property has roughly 1,860’ of frontage along Route 66, a paved state road with electric, telephone and cable services.

There is a permitted and established dirt driveway off Route 66 which leads into the property’s meadow. This driveway would have to be graveled and upgraded prior to any home building, but currently 4-wheel-drive vehicles can be used to access the meadow.

One of the property’s highlights is the meadow located off the driveway at the property’s center. This meadow is ideally suited to home construction and offers attractive views of the mountain range just east of East Randolph Village. This site is gently sloping with northern and eastern aspects. A local power line runs at the edge of the meadow, allowing for easy hookup to any newly constructed home.

Deer are a common sight throughout the property. Other notable wildlife include a healthy population of coyotes, as well as black bear, which are seen each year in the spring and late summer. Various owls are common, as are many songbirds and small mammals. The edge effect of the open meadows, dense hemlock stands, and nearby early successional areas along the meadow enhance the rich wildlife habitat.

The forested areas are occupied by mature and dense stands of pine, hardwoods and hemlock.

Blaisdell Brook, a year-round stream, runs along the northern section of the property. The headwaters of the brook originate a few miles to the northwest, and the brook itself flows along the northern property boundary. The banks are full and the water runs quickly during heavy rains and spring melt, but it is easy to cross during the dry summer months. This stream corridor runs through a stand of large, dense hemlocks and is part of a mapped winter deer yard, which a herd of 14 white-tailed deer use annually.